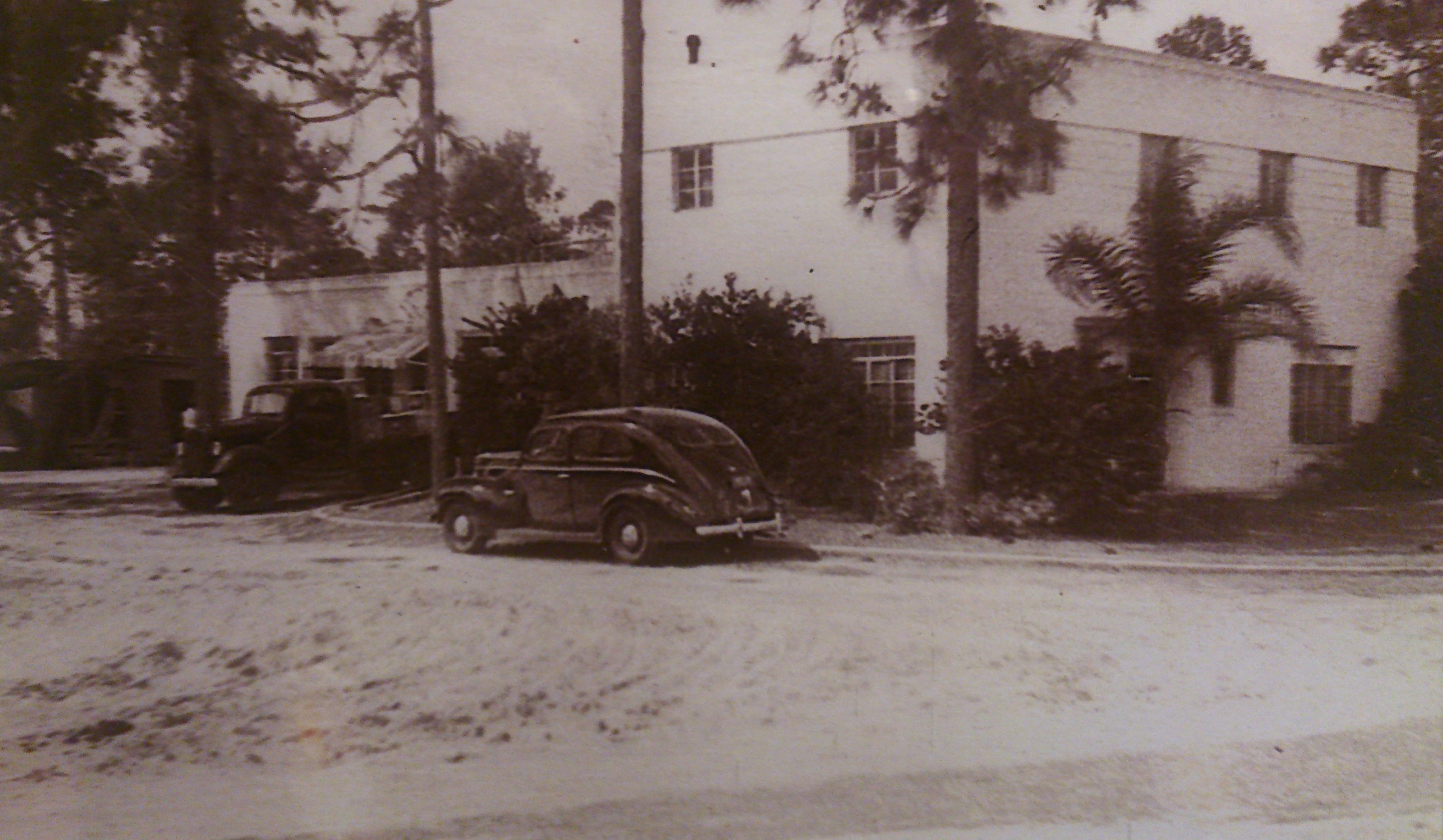 and closed the door.  On Saturday, December 21, 1985, District Commander Bill Dorton drove to the Post to pick up records and the deed to the building.  Skee Przemieniecki, who was commander at the time, refused to turn the documents over because Dorton did not have a court order.  About 30 members and wives cheered as Dorton said we were still friends no matter what the outcome of this would be.  Commander Przemieniecki stated the post had done everything it could to satisfy National and State officials.  They said they tried to work with us but they had never been here.

For the next month or so the members of the post held their meetings at Jack’s Place on 17-92 in Casselberry.  The first time we went to court our lawyer told us he could handle the case for $500.  The night before we went to court he changed his fee to $5,000; so, we went to court without a lawyer.  The Judge granted us a one week extension to find a lawyer.  At this time E. Hunziker (Air Force Charlie), a member of our Post, got his son-in-law an attorney, Cheney Mason to represent us.  In February 1986 he won the case for us without charging a fee.  However, this was not the end.  The VFW appealed to a higher court.  When it went to the Appellate Court in Daytona we had to pay $1,500 in court fees.  Cheney still did not charge us for his services.  The Supreme Court ruled that the VFW did not own the grounds or the building because the Post was incorporated in 1963 and therefore belonged to the corporation (i.e. it’s members).  The case was dismissed and that marked the end of VFW Post #10050.

After the first ruling in the Sanford courts we got our liquor license back.  During the four months when VFW Post #10050 was under the Trusteeship of the State of Florida VFW, the electric was not paid and service was discontinued.  Where did the money go?  After a week of candlelight atmosphere our electric was turned back on, thanks to Chuck Jones.  We had to pay our current bill plus whatever we could on the back bills.  The next thing that happened was a letter from the mortgage company.  The registered letter sat in the Post Office for a week.  Our thanks to Frank Fry, he signed for the letter on the last day.  Again, under the Trusteeship, the mortgage payments had not been paid.  We had only two days to get $2,400 to bring it up to date.  Again, thanks to Bill Tingle and Herb Griese who lent us that money and let us pay it back as we could.

It seems the State of Florida VFW did not believe in paying bills because we also got a bill from the IRS for unpaid employment tax.

Many thanks to all of the loyal members for your support in helping us pay all  these bills.

At our first reorganization meeting at Jack’s Place we found out that the sales tax had not been paid.  At that time we took donations to get $670 so we could open the next day.  Our thanks to the following members:

From that day on a lot of water has gone under the bridge and sometimes a lot has gone over but we made it any way!  Remember that each and every one of you can be very proud of what we have accomplished.  And now we have saved the best for last which is to thank our very own Joannie Giberson and Pat Przemieniecki for all the free time they gave us through all of this.  Also, many thanks to the Ladies Auxiliary for the many functions they held during this time.  Without your help we could not have made it! 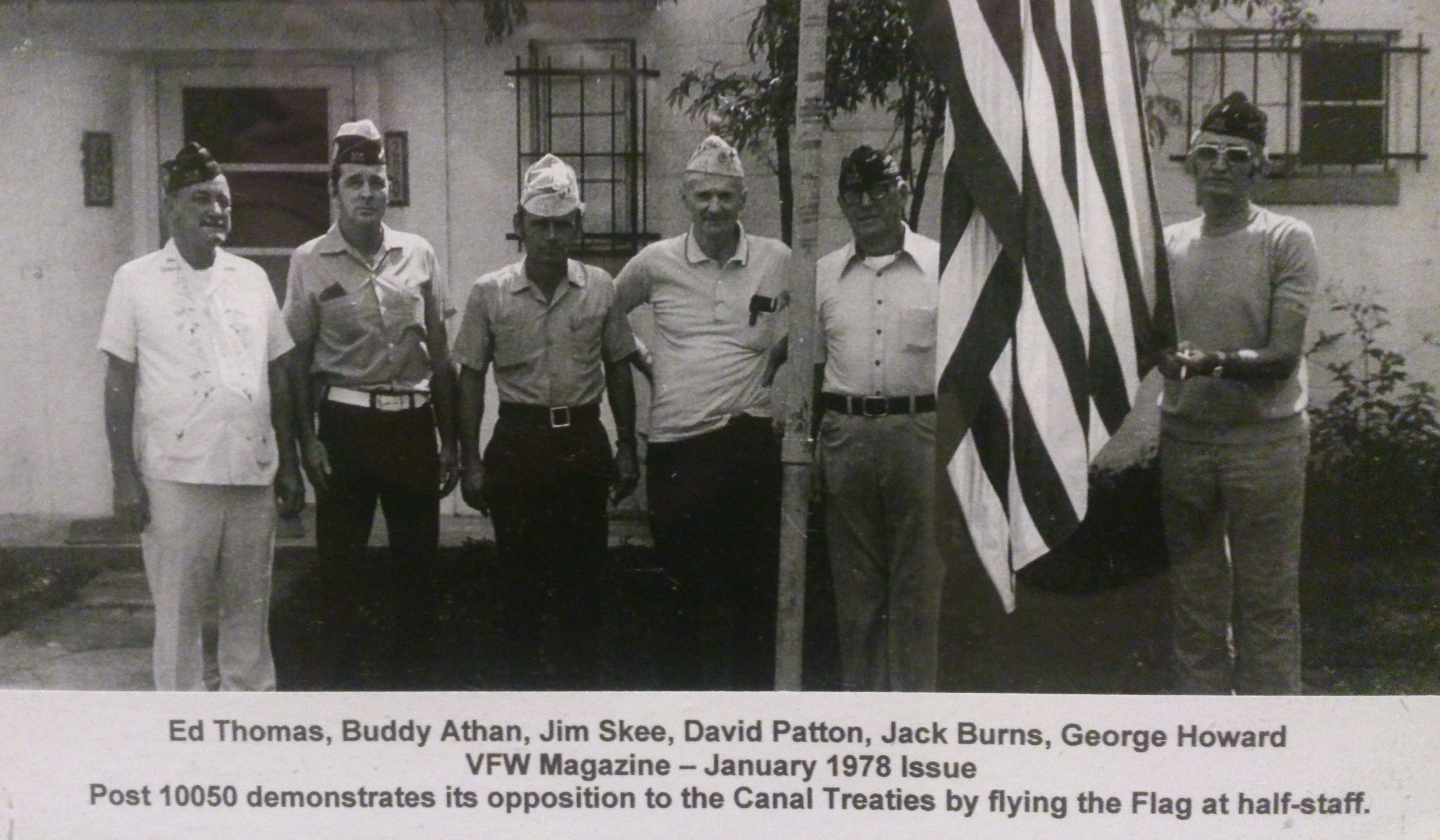 A Club Dedicated to Those Who Served Our Country Honorably